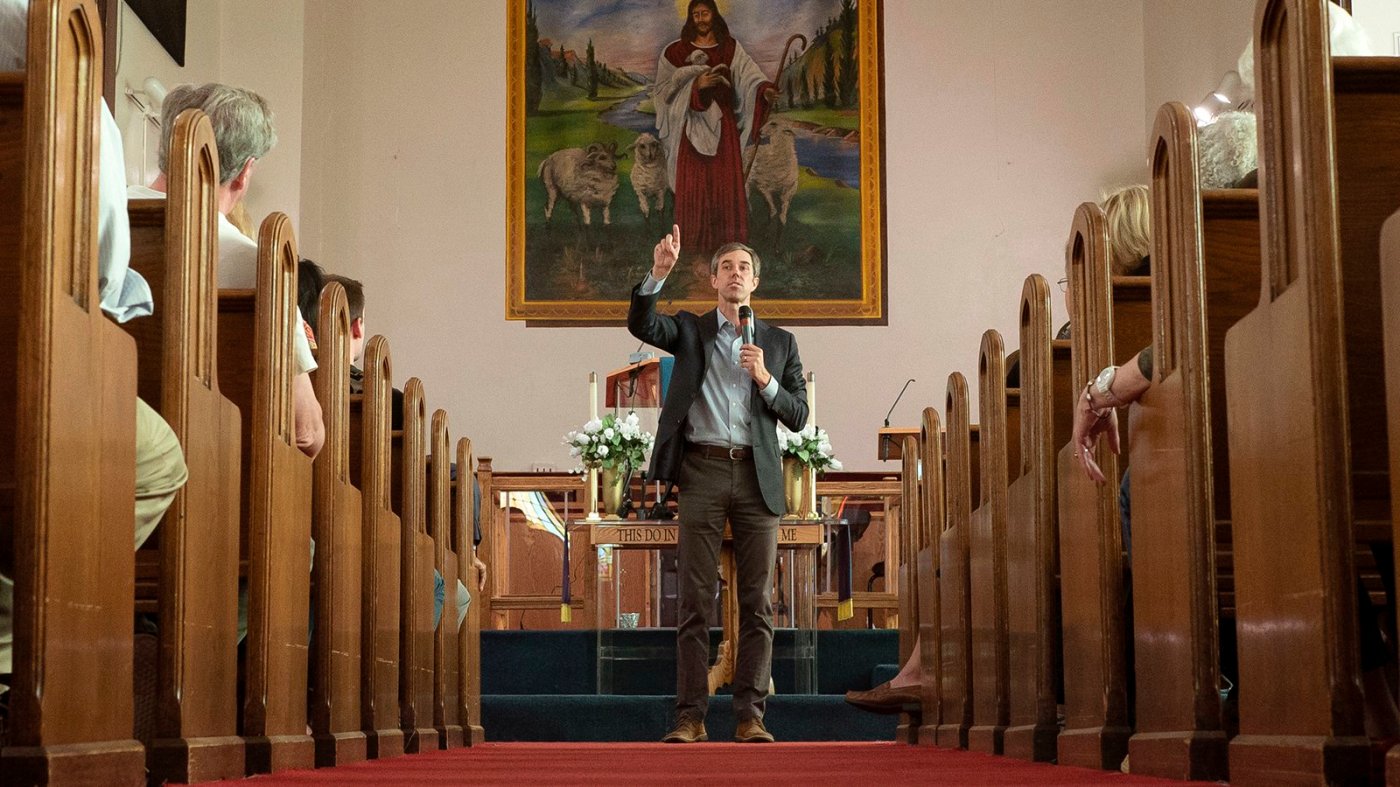 The First Amendment gives Americans the right to practice whatever religion they so choose. And not only that, but also cannot prohibit the free exercise of religion. So tell me why Beto O’Rourke, Democratic candidate for the 2020 presidential election, said yes when he was asked if he would revoke the tax-exempt status of religious institutions, including colleges, churches, and charities.

Our entire country was founded on the belief that we should all be free to say what we want, assemble as we want, petition as we want, and practice whatever religion we want. After all, religion should not be taking part in the government, because we all have different religions and some of us don’t have one at all.

Humans had religion before politics. People have always believed in a higher power, God, or even more than one God. The belief of and in God came way before government. So why is O’Rourke trying to take away the tax-exempt status of these religious institutions when they play no role in the government?

I thought that after Obergefell v. Hodges, all would – mostly – be well. After all, the Supreme Court ruled that same-sex couples are guaranteed the right to get married under the Fourteenth Amendment. However, I was sadly mistaken.

Though I do not personally agree with what Jack Phillips did in refusing to make a cake for a same-sex couple because of his religious views, I agree with him that it is 100% in his rights to turn them down. During Masterpiece Cakeshop, Ltd. v. Colorado Civil Rights Commission, the Supreme Court ruled that though same-sex couples are afforded civil rights protections, religious views are also considered protected forms of expression.

No matter how hard a person or even a whole government tries, they cannot change the way a person truly feels and what they wholeheartedly believe in. This is why it is so great that in America, we have the right to openly believe in whatever the heck we want. Religion plays no role in how our government rules or makes laws, so there should be no reason why we are pushing back on religious institutions being tax-exempt.

It is understandable to think that it may better the economy, but would that hurt us more than help us? Sure, our pockets are full, but what about what’s in our minds and our hearts?

2 thoughts on “Right to Religion”