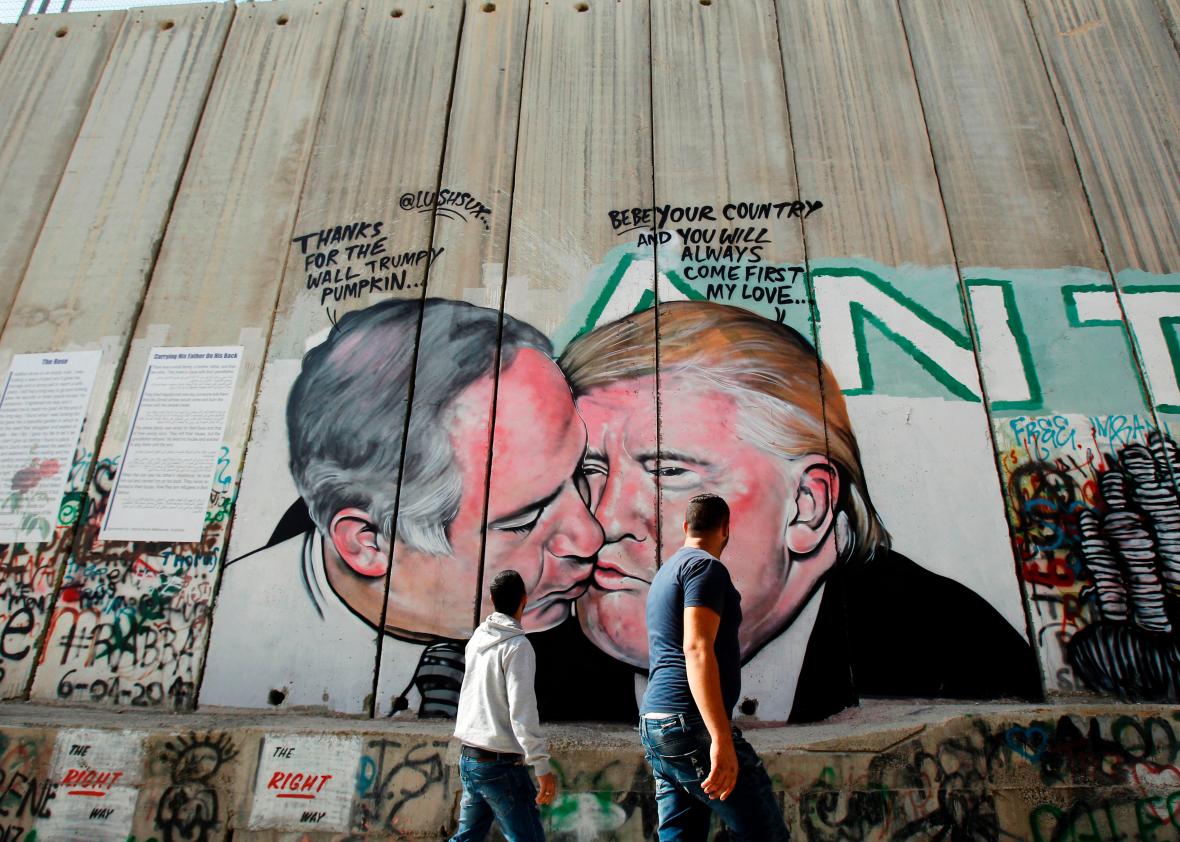 Though The New York Times published this article (“A Bot that Makes Trump Tweets Presidential”) on October 15, I feel like it is just as relevant this week as any week in which Donald Trump is a) the president and b) owner of a Twitter account. The Times article calls attention to two new Twitter bots, one of which tracks and Tweets out the Twitter activity of Kellyanne, Ivanka, Trump, and three of his kids (@TrumpsAlert), and the other of which cuts Trump’s Tweets and pastes them into an official White House press statement format (@RealPresSecBot). Both are funny to me and may seem like one-hit jokes, —and there is a gimmicky aspect to them—however there’s another layer of significance.

Russell Neiss was inspired to create @RealPresSecBot when he saw a Tweet from Pat Cunnane, who worked at the White House under Obama. Since the account has gone somewhat viral, with more than 120,000 followers today, Neiss has realized its impact. Structuring Trump’s words in such an official way is ridiculous, upsettingly so. Why should a president’s words look so wrong when formatted as a White House press release? “As soon as you see them juxtaposed in such a way, you realize that strangeness,” Neiss said. Then facetiously added: “For me, I just want to give the president’s tweets the honor they deserve.” 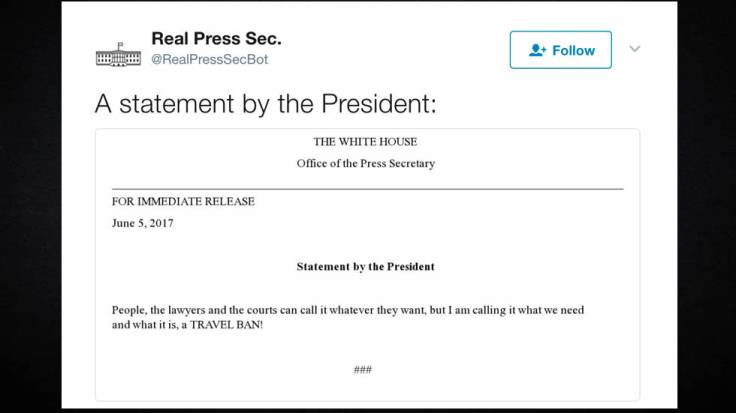 Neiss’ point about the power of changing the context of a statement is intriguing. Additionally, I think it is important that it was a visual context change that resulted in such a viral response; it suggests that a visual change can cue something in our minds more powerfully than plain text.

Though outside the U.S., we can see the same idea in the recent mural on the West Bank separation wall, depicting Trump and Israeli Prime Minister Benjamin Netanyahu sharing a smooch. (Netanyahu’s speech bubble reads, “Thanks for the wall Trumpy pumpkin,” while Trump’s says, “Bebe, your country and you will always come first my love”). The artist told Reuters, “I don’t need to write ‘Free Palestine,’ or something like that, something really direct … that people will ignore.” Instead, the provocative image calls attention to another message—the wall itself. “…Maybe people will start looking at the background and looking at the razor wire and looking at people stuck in here, and maybe that’ll work better,” the artist said.

The artist’s calling out people’s willingness to ignore issues when they are overpowered by other controversy reminds me of Trump’s continuous onslaught of speech. His never-ending Tweet storms —whether he is calling on the NFL to censor its players, the media to stop producing so much #fakenews, or Crooked Hillary to produce those emails— produce so much white noise that they often drown out important discourse and very real news. For example, on September 23, 2017, Trump began Tweeting about rescinding Stephen Curry’s White House invitation and the contrived NFL controversy. On September 24, 2017, Trump announced a new travel ban via Twitter, and the next day and days to follow he continued to profusely critique the NFL and players who kneeled during the anthem. The cushion of controversy on either side was incredibly effective at overriding the racist ban’s spotlight.

No one questions whether Trump has the right to say all of this— that’s basic free speech, the same way that we can all disagree with what he says. And despite Trump’s apparent wishes, he hasn’t been able to revoke First Amendment rights and prohibit free speech. However, I wonder if Trump’s habit of constantly talking (into cyberspace or real space) actually does a better job of silencing voices than actual censorship, as there is nothing to legally fight back on? The way Trump ran his campaign and continues to run his presidency almost feels like a free speech loophole. Perhaps provoking visuals are one effective way to combat the stifling effects of Trump’s rhetoric. If seeing isn’t believing, at least it may lead to listening.

One thought on “Seeing is Believing”