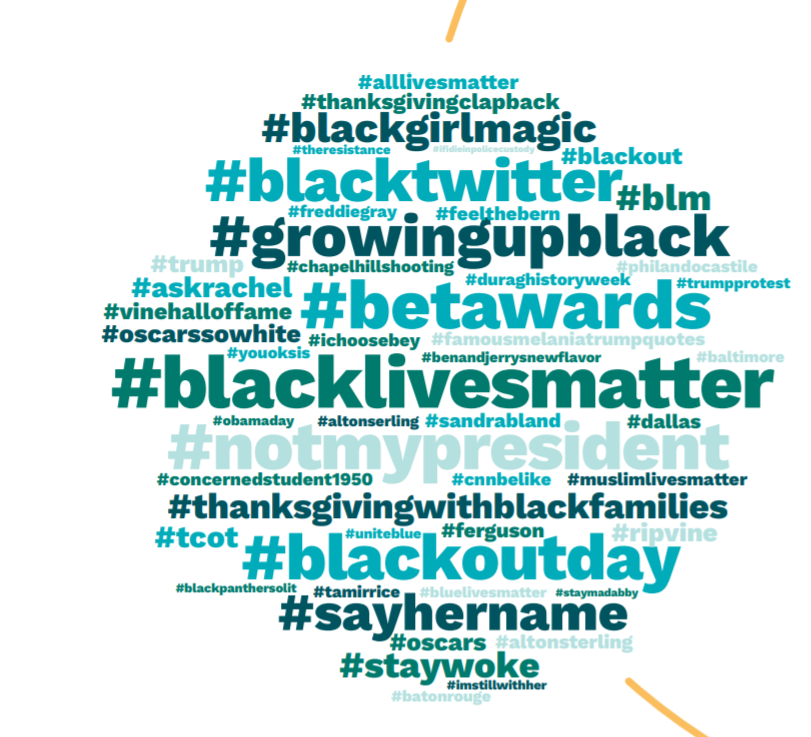 Communities of color have a stressed relationship with media coverage and trust of the news from histories of false reporting, racist tropes being perpetuated as news, and of having their communities not being covered in the news cycle. Prior to the invention of the internet communities of color created their own sources of media to spread news that was important to these communities, during the struggle for civil rights Black Americans relied on Black-owned papers to follow cases, to learn about the success of movements, and to be able to know the struggles of other Black people across the country. This press called the protest press is similar to the way that Black Twitter operates as a vehicle of news coverage and as a method of cultural preservation and writing our own histories.

In a study on how communities interact with news and media from the Knight Foundation, Black Twitter is defined as a virtual space in which Black people discuss concerns that are either not covered by mainstream media or not covered with cultural sensitivity. I like to expand on this definition by including that it is a radical meeting point in which political education and knowledge are central to its purpose, by using traditional methods of Black American story-telling and humor as a way to discuss the complexities of Black American life, Black Twitter serves as a cathartic release, a space of radical separatism– White users and fake accounts are easily spotted as fake or not Black and not retweeted or allowed to have space here in this unapologetically Black only space.

But why does Black Twitter have to be our media, our news, our way to decimate information? For that, we can simply look at the manner in which Black issues are covered, the way in which the media chooses to cover the deaths of unarmed Black people murdered by police officers. Black Twitter is a way for us to pull apart the falsehood narratives that are shared about the victims, and to hold journalists accountable for the defamations of the character of these people while making excuses for the officers.

When Trayvon Martin died, and the reports surrounding him were about the weed in his system. Mike Brown was reported as being “ not an angel”. But on Black Twitter, these boys were mourned and grieved and their lives mattered. Resources for their families were shared. Protest details were shared for us all to be able to feel that we were doing something.

The spirit of Black Twitter is one born from the never-ending struggle for civil rights and should be treated as an authentic new source.