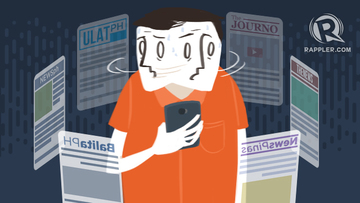 When we as a society had been presented with the mere notion of “fake news,” some of us laughed, some of us brushed it off as President Trump solidified to Twitter to be his main mode of communication with the American people. Little did we know, we had already been victims cyber terrorism. Between Facebook allowing its users to be inundated by political ads and  Russian robots or “bots” and trolls overloading sites like Reddit and Facebook disinformation campaign, Americans just can’t catch a break.

In 2016, Russian bots and trolls were instrumental in election results in the United States. In the same year, a gunman stormed into a pizza restaurant claiming that he had been there to expose a child trafficking ring he had suspected Hillary Clinton amongst others had been running. You may recognize this horrific incident as the “Pizzagate” conspiracy theory. Let’s be honest. We aren’t the smartest. Some might even argue that Americans can be partially blamed for not understanding how to disseminate “real” information versus “fake,” however, we’ve come to a point where there is no virtual way of identifying what the difference between the aforementioned adjectives are.

Americans don’t know how to protect themselves simply because they don’t know what to protect themselves from. A 2017 Pew Research Center Study surveyed 1,055 adults who identified themselves as being internet users. The survey revealed that only about 54% of internet users were able to discern “examples of phishing attacks.” In a paper titled Implications of the Demise of “Fact” in Political Discourse Kathleen Hall Jamieson refers to the following quote “knowledge will forever govern ignorance” when commenting on Federalist Papers No. 10. Kalthleen is the Director of the Annenberg Public Policy Center. If James Madison had it this way, we’d be living in a society where everyone would constantly be in search for the “truth” which would have helped us potentially avoided having our elections hacked. I am of the belief that if we as Americans indicated that we truly cared about the trajectory of both the country and our government that this would not have happened in the first place. A country with abysmal voter turnout across the nation, it’s no wonder we are in a position to be taken advantage of.