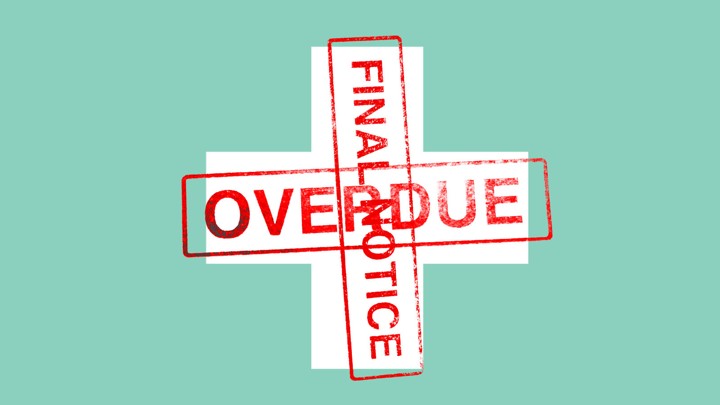 An article published on November 8th, 2019 by the New York Times discussed the increase in patients being sued by hospitals for not paying hospital bills; this increase is linked to higher deductible rates and less insurance coverage in recent years, which has led to hospitals losing money.

Seeing this post made me think of the many issues I have been concerned about in relation to medical care. Yesterday, I was talking to my co-worker about the high wages that specialty care doctors receive (and the unaffordable costs for patients to see these doctors) compared to the much lower wages for primary care providers. Medical care seems to have become too much of a money-focused profession, making care access a disparity for low-income people. You’d think America’s healthcare system would be better than this; it’s not. And now, it’s a sad reality is that hospitals are ramping up the rates of suing patients personally for bills that patients owe.

Patients shouldn’t be criminalized for not being able to pay ridiculously priced hospital bills;Taking legal steps towards patients who owe bills is creating an injustice.

Hospitals suing patients over medical bills is an injustice because patients shouldn’t have to trade their basic needs in place of not getting sued by the very hospital supposed to help them. Middle-income families are often left in a fragile state when slapped with a huge bill because all of their income can end up going to pricey medical bills. The lower class is obviously affected by this issue too because they lack the financial resources to avoid being sued. Often, hospitals don’t look deep enough into the effect of the hospital bill on patients’  income before they sue. Criminalization for being poor isn’t right, and the fact that hospitals are doing this is another way they are contributing to inequities in treatment towards low-income patients.

This is also an injustice because patients shouldn’t need the extra stress and burden of having to go to court and make wage garnishments over these bills. Many people already experience stressful times after being in the hospital. People fighting illness should be with family, not in court. And anyway, shouldn’t medical care be a right in America by now?

And this is an injustice because people shouldn’t have to avoid their medical care needs over fear of bills. One woman from the New York Times article said, “I haven’t been feeling well for a couple of months, there’s something wrong with my stomach, and everyone is like, ‘Go in, go in.’ But I just can’t. There will be more doctor bills.”

I feel like we all know that the disparities in our healthcare system are out of control but we don’t know what to do to fix it; it feels out of our power so it isn’t addressed with the weight that it deserves.

All the discussion about healthcare plans for the country in relation to the upcoming presidential election makes me just hope and pray that the future President thinks long and hard while trying to change America’s healthcare system to be at a place where all people have access to healthcare without disparities and criminalization as a method to deal with problems in healthcare. We all need to do more by collaborating to form groups to bring attention to these disparities in healthcare to create social change;We could do this by using methods utilized by the Act Up movement, a group who successfully brought attention and change to laws and medical treatment for the AIDS epidemic. We deserve better as a society. Taking action against hospitals suing patients and other methods that our medical care system uses to put money above patients’ needs is a direct route to seeing change and equity in our healthcare system.