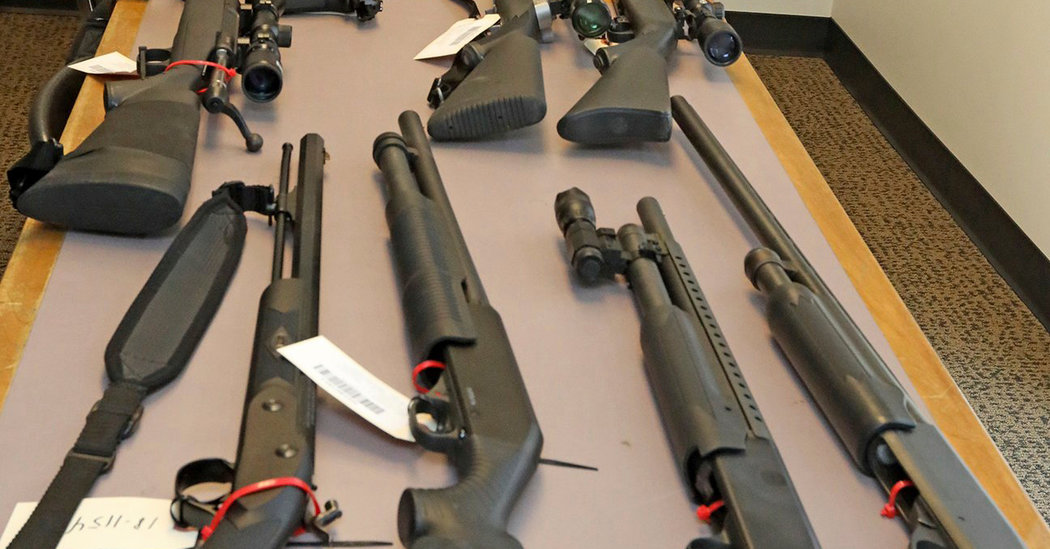 Charels Donnelly, 23: “I will shoot any woman any time for any reason.”

Police in Redmond, Washington seized Charels Donnelly’s weapons from his home after assessing the threat of Donnelly’s social media posts, including an image of Donnelly holding two AK-47 rifles with the caption “one ticket for joker please,” as well as posts regarding fantasies about hurting women and threatening his own mother.

Weeks later, he returned to court, claiming that his posts were only jokes, and got his guns back, including three handguns and three rifles.

This begs the question: Why on Earth are we allowing this man to get his six guns back?

As more cases like this pop up and local courts begin to deal with implications of the First and Second Amendments, it’s harder to find reasoning to seize guns. More “red flag” laws are being put in place, but how can we tell a credible and plausible threat from “jokes” on social media?

According to a New York Times article on the subject, there are a large number of red flag petitions that are denied due to this question of credibility. In Washington, where Donnelly resides, citizens can file a petition for an Extreme Risk Protection Order. This allows the seizure of guns from someone who brings about a present threat of danger to themselves or others, used often in cases of suicidal individuals.

In some cases, this first order works, like in the case of a supposed neo-Nazi who did not show up in court to challenge it. However, in about 10 of 71 cases, the order did not stand after a follow-up hearing.

Now, I’m not saying that this isn’t a good thing. Red flag laws are extremely necessary in a time with so many mass shootings, and 61 out of 71 orders still standing is great. But what about those 10? Deemed threats that aren’t threatening enough, these cases are difficult to navigate, and leaves an indescribable fear in the back of my mind – even just 1 out of those 10 decisions might have been wrong.

Donnelly stated that he was surprised officials took his postings seriously and that he is in favor of some aspects of red flag laws. However, his “jokes” about incels and “Joker” are just so … much. Can we take posts like “kill all women” and “Prowling the streets for women to assault. No luck so far. Hopefully my urges will be satisfied soon” as jokes? Such violently misogynistic messages paired with images of guns pose a very real threat to women, in my opinion, and the fact that the state cannot take further action in a case like this because it was simply a “bad joke” is frightening.

2 thoughts on “Where the First and Second Amendments Meet”