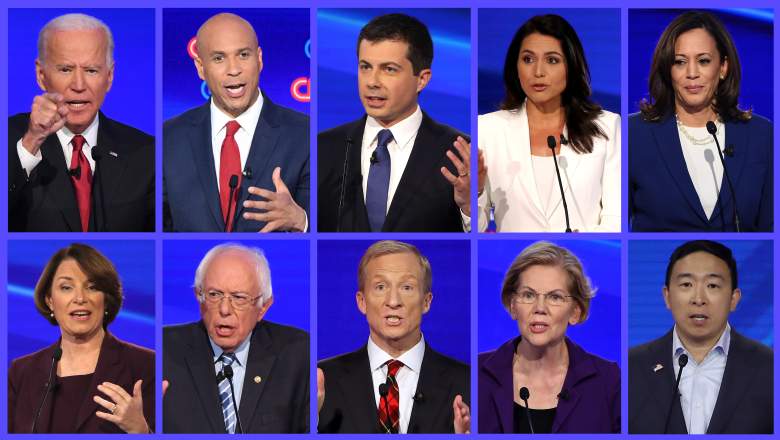 As expected before a debate, many think pieces are published with predictions of who will get the brunt of attacks from fellow candidates. Following his new lead in New Hampshire polling, as well as Iowa’s, Mayor Pete Buttigieg seemed like the clear choice to sport the target on his back.

An article in the AP, published on the 19th, characterized this debate as unique because “the debate in Atlanta marks the first time Buttigieg will face other White House hopefuls as an undisputed member of the top tier.”

And normally Bill Barrow, the article’s writer, would be right. You lead the polls before a debate, especially as new development, other candidates will aim their attacks at you.

Instead in reading post-debate coverage what I read in most takes was Trump winning the primary opponent title. With the debate starting off on impeachment and with his name never quite gone for long, Trump was definitely on referendum perhaps more than usual.

With less than three months before voting, much of the nation’s political attention would typically be focused on the primary. Instead, the focus is on the impeachment inquiry against Trump. ―Bill Barrow, AP

On the other hand, others said Warren was still on the hot seat while Buttigieg came out relatively unscathed. This was supported by the fact that her tax plans on the wealthy, in particular in regards to funding her healthcare plan, is still a point of contention among the candidates.

Only a couple that I saw thought otherwise, that Buttigieg was targeted in a substantially different way.

Buttigieg, who has risen in the polls in Iowa and New Hampshire in recent days, was hardly the target that other front-runners like Biden and Warren have been. He did take some fire from Tulsi Gabbard and from Klobuchar, who took aim at him when he was talking about voter protection reforms.

As I watched the debate and read the subsequent coverage, I couldn’t help but think the lack of congruence in who’s leading and who’s forced into the defensive has everything to do with who you think the frontrunner is.

It’s no secret that many believe that it is fanciful to believe one could jump from the Mayor’s Office to the Oval Office. I think this sort of thinking is what made fellow candidates largely ignore the polling, not seeing Buttigieg as worth the effort in attacking him. Why attack someone you believe will be gone from the race in a couple months?

Buttigieg’s unlikely path to the nomination, much less the White House, seems to be shielding him. Only time will tell whether this will end up being an advantage: will he be a strong competitor without having to answer his fellow candidates as much as the others…or will become irrelevant by those very actions? If your competitors don’t take you seriously, why should anyone else?