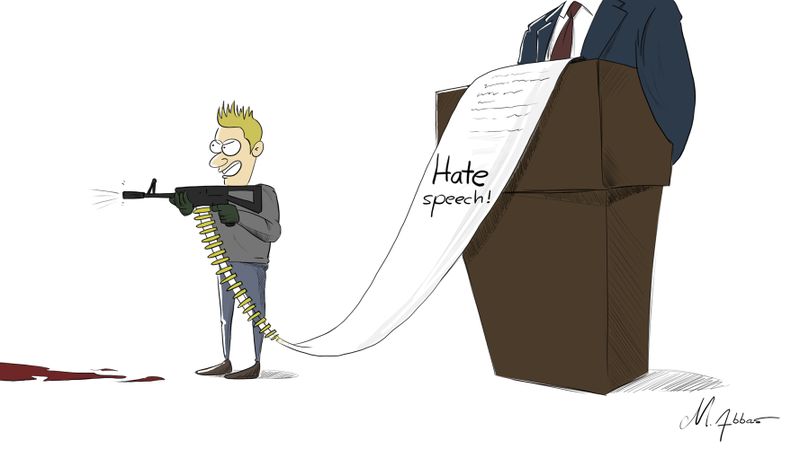 People should be welcome to have their own opinions. But it’s rallies like Charlottesville that puts everything into perspective for me. And our president did nothing. After a Nazi ran someone over and killed that innocent person, Trump still said there were problems on all sides.

There has been an ongoing debate about whether or not the First Amendment should support this type of hate speech. On one hand we’ve got the whole claim that if we support hate speech not being protected, then we will be led to the suppression of other types of expression. Plus, people are going to believe what they want to believe and say what they want to say regardless if they go to prison or not.

Anthony Lewis wrote in Freedom for the Thought We Hate, “I think that we should be eternally vigilant against attempts to check the expression of opinions that we loathe and believe to be fraught with death, unless they so imminently threaten immediate interference with the lawful and pressing purposes of the law that an immediate check is required.” We need to know what others are thinking in order to be able to stop it if they do intend to take action.

I believe that to be true, I just think another step needs to be made. This country can no longer be considered “land of the free” when there is always a silent, underlying threat. I don’t have all of the answers – most people don’t. I just wish for something else. For people to just even consider changing things up a little to see if it might get a bit better. Our country will always be stuck in this racist and antisemitic vortex if we don’t try and make changes now.