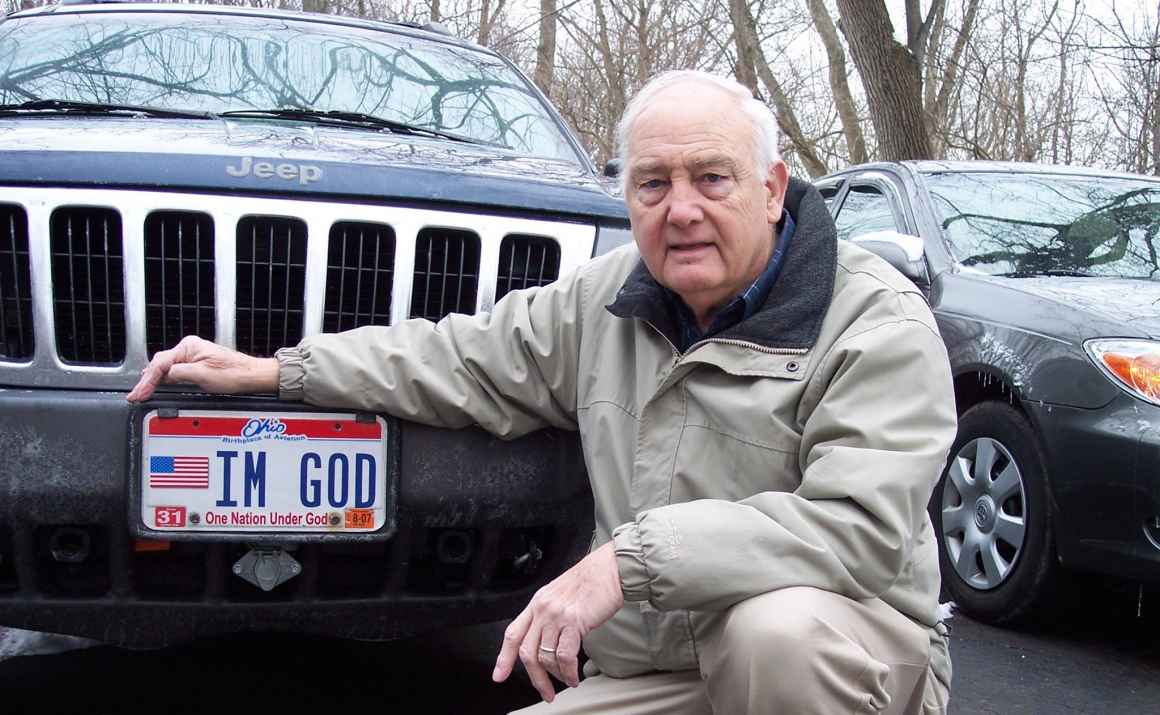 This might seem a bit ridiculous, but this was an important win in Kentucky. For the courts to allow other God related license plates because they have to do with believing in God (such as “TRYGOD,” “LUVGOD,” “NOGOD,” etc., as named by WSB-TV Atlanta), but not “IM GOD,” shows a bias towards those without religion. When Hart originally tried to register his license plate, the Department of Motor Vehicles denied him with the argument that it was “obscene or vulgar.” Later on, they changed that statement, instead saying the plate was “not in good taste.”

A U.S. District Court Judge in Frankfort, Kentucky gave the opinion, ruling that “vanity plates” are private speech, and that the state of Kentucky had violated Hart’s First Amendment rights by denying him the plate. The opinion stated that while the Commonweath of Kentucky has the right to not allow drivers to put just anything on their license plates, they went too far in this case.

Both the Kentucky American Civil Liberties Union and the Freedom From Religion Foundation backed Hart and filed the original lawsuit, and they issued a joint statement with him following the ruling. Legal Director of the ACLU of Kentucky stated, “Today’s ruling makes clear that Mr. Hart’s personalized plate request was denied based on reasons that violate the First Amendment of the United States Constitution.”

Hart stated that he was simply thankful for the opportunity to have a personalized license plate just like anybody else. He had formerly had a similar plate while living in Ohio and said that “There is nothing inappropriate about my view that religious beliefs are subject to individual interpretation.”

2 thoughts on ““IM GOD,” and Other Great License Plate Names”