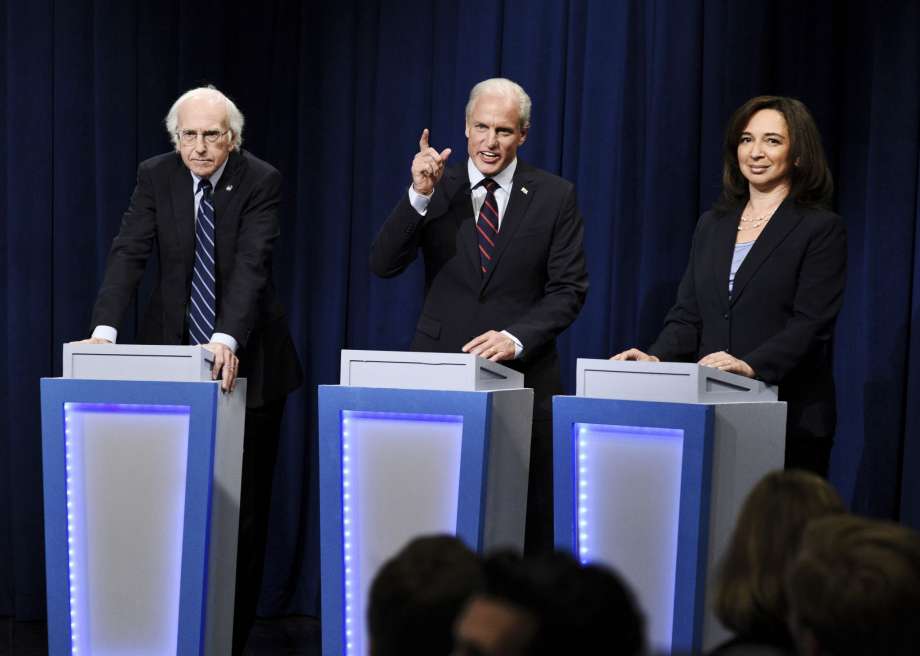 Last weekend’s episode of Saturday Night Live featured a sketch titled “DNC Town Hall” which featured parodies of the 2020 Democratic candidates, and all of their portrayals seemed to have one thing in common. From Kamala’s (Maya Rudolph) now famous “that little girl was me” line to Beto O’Rourke’s (Alex Moffat) demonstration of his “8th grade Spanish”, all of the candidates were being made fun of for how “likeable” they were trying to be.

Being likeable has always been a topic of concern in politics. It’s important for candidates to be well-liked and charismatic, however that should’t be achieved through pandering. Trump and the rise of populism has changed what it means for a candidate to be well-liked, and the media have played a major role in this. The media’s coverage of Hillary Clinton and Donald Trump during the 2016 presidential campaign is shown to have been largely unbalanced in terms of positive vs. negative coverage, considering Hillary Clinton got much more negative press than Trump. The reason for this? Many journalists say that Trump had successful media coverage was because he “made himself readily available to the press.” It’s not surprising that a former reality TV with a Playboy cover and some questionable pastimes has no problem making himself “readily available”, but that’s not what should make a successful campaign. Trump built his relationship with the press as a celebrity, meaning he only cares about catching the audience’s attention as quickly as possible with simple slogans and buzzwords. There was definitely an extensive amount of negative media coverage of Trump during his campaign, but it didn’t matter because had built a base.

Trump was able to build his base using his celebrity charisma and “star power”, which has translated over to populism in politics. A large part of the celebrity appeal is this sort of manufactured authenticity and relatability, which is very similar to the vague campaign promises that populism brings. This rise in populism has also moved over the Democratic party. According to Thomas E. Patterson of the Harvard Shorenstein Center, “policy issues…rarely attract a high level of press coverage”, and that has been shown in the 2020 presidential campaign so far. I’ve noticed that the Democrats spend a lot of time criticizing Trump during debates and TV interviews, when they could be informing voters on their policies.

It’s interesting to consider how the rise of populism intersects with the “social construction of white male femininity” that female candidates often try to reject in order to not seem “demure” or “delicate”. The extra pressure and media scrutiny that women in politics face may cause them naturally shift towards more populist tactics. Female candidates are pressured to juggle being strong, smart, kind, and likeable without coming across as too “cold” or too “weak”, so female candidates may find that embracing the new “celebrity” image of a politician works out. There was actually a bit from last weekend’s SNL sketch that I previously mentioned that portrayed Kamala as some sort of celebrity cop with her own police TV drama.

Often I wonder if the Democrats are on the same sort of Hollywood ascent that the Republicans have reached with Trump. While I enjoyed the humor in the sketch, I think it’s important that all media (not just journalism) are careful with their coverage of this election. It’s important for media to be critical of Democratic candidates and their likeablity, especially as we approach the primaries, but continuing to play into the “politician-as-celebrity” idea can make us lose focus on what the main goal for 2020 is.